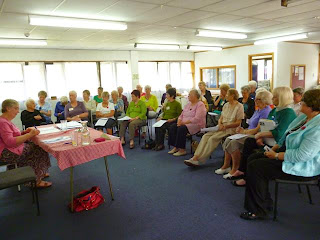 We had a good turn out for our AGM including one of OWN's original members, Leteia Potter. Jenny Goldsbro has been our secretary for 3 years, but felt it was time to give someone else a chance to be part of the organising team. Thank you Jenny for the wonderful job you have done. 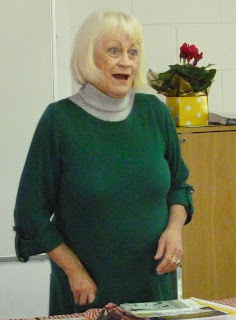 Our guest speaker was Diane Vivian, who captivated us with her vitality, lively wit and charm.
Diane is the founding member and Chair of Grandparents Raising Grandchildren which she started in NZ in 1999. She found when been delivered 2 very traumatised grandchildren that there was no help available. So on a voluntary basis she founded the Organisation and is the Members Support Manager and Chairman of the Board.
She married in 1967 and along with her husband raised 3 children and they took on 2 foster children. Today she has 8 grandchildren.

Our Writing For Our Grandchildren groups are well attended and stories and poems from the group are printed in Older & Bolder, our quarterly magazine. In the December issue of Older & Bolder which you can find on the News page we had contributions from three of our members.

Helen Walsh is a regular contributor and I have included another of her poems below. Helen went to Africa in the 1950s and lived with her husband George who was involved in forestry. She writes great poetry and is a talented water colour artist.

Rosemarie Carr was born in Karlstatd, Germany and went to Canada aged 2 with her brother aged 3 months and her parents. She was educated in Edmonton. Rosemarie went on her OE to Europe and met her future husband and eventually came to settle in New Zealand. She has lived in Rothesay Bay since 1969.

Helen and Rosemary belong to the Browns Bay Writing Group.

Fred Ruan was born in Wu Huan in China and went to University in Guand Zhou where she had to learn Cantoneses as she had previously only spoken Mandarin. She has lived in New Zealand since 2004 and recently completed her BA in English and New Media Studies.

Freda is a member of the Beachhaven Writing Group.

They prowl the plains on silent paw,
Impelled to live by nature’s law 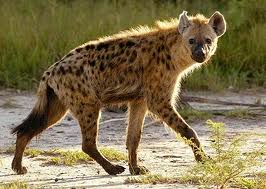 Born to forage hunt and kill,
They find their prey with cunning skill.
With fetid breath and jaws of steel;
They search and scavenge for each meal.
Their manic mirth will chill the heart,
It warns the clan the chase will start.
They hunt the young the weak the old,
They hunt the strong the brave the bold,
They hunt in mobs with guts and nerve
Determination, speed and verve.
“Waste not, want not” is their creed,
What others leave, on that they’ll feed.
They crunch up feathers skin and bone,
All that remains… the skull alone.
Ferocious villains of the veldt,
That’s the hand which nature dealt.
It was ordained to be their fate.
Victims of loathing fear and hate.